The Best in the World: 9 New Luxury Hotels

Don’t walk to get here, RUN!

As a luxury wanderluster, 2020 has been a hard year when all I want to do is get on a plane and explore. However, as we are slowly getting back to normal, you can be that I will be on the first plane I can (safely) in 2021 starting with these nine new luxury (off-the-beaten-path) hotels.

The Oberoi is brand new, as it just opened in October 2020. This five-star resort sits on 28 acres of Mediterranean olive and orange groves with spectacular views of the Atlas Mountains. There are 84 guest rooms and villas, with each having their own private terrace and swimming pool. The central building is built after one of the city’s most famous historical sites, with ornate stucco, zellige tiles, cedar ceilings, and reflection pools that make you feel like the world never ends. Also available on-site are a variety of classes, including fitness classes, hammam and spa treatments, falconry, wine tastings, and a wellness center. There is everything (and more) at this resort but if you do feel the need to wander, there is a driver to take you away for an excursion.

This is a luxury boutique hotel located in a serene, mountainside in the heart of Cape Town with the feel of being out in the vast wilderness. There are only eight rooms, but all of them offer extravagant views of the city while giving you the tranquility you are longing for. There are two types of rooms; with a terrace or without. Each room has a depiction of the Cape flora and fauna on the custom wallpaper, with the terrace rooms being perched above the pool. With your stay, you will have a 24-hour butler service along with a feast of delectable foods. But don’t let this fool you into thinking they don’t want you to feel as if you are home; you are welcome to mix your own drinks from the library bar, if the mood strikes you. There is also a shuttle service to the beach as well as for dinner, within 10kms of the hotel, if you feel like venturing out.

This hotel is located in the center of Msherieb Downtown Doha and is overlooking the town square, which is the newest landmark for the city and within walking distance of everything you could need, including art. While staying here, you can expect an ambiance where Middle Eastern meet Mandarin, with all aspects being a luxurious combination of modern and historical. There are 158 rooms, with the hotel lobby being immersed in etched marble to give you the vibe of sand dunes and the light fixtures evoke air bubbles that get expelled by the Qatari pearl divers. There is a lavish spa in which you can alternate between the pools and treatment rooms while enjoying facials and massages with only local ingredients. The food is distinctive dining around the world while being eloquently served to you, to add to an already divine stay.

This hotel is located in Dubai’s smaller, artsier neighborhood with 53 rooms that are spread across 19th century houses that were once owned by prominent families, including the Al Shamsi pearl-trading clan. In each room, you will be in awe as they are all decorated as exhibits that include four-poster beds, heavy goblets brimmed in dates, and low majlis-style seating that entices you to sit while drinking a delicious cup of saffron coffee. There are two restaurants that have a menu full of exquisite dishes from around the world as well as Middle Eastern specialties (try the camel). You can wander the halls that the souks once wandered but if you fancy getting off the grounds, there are cars available to take you elsewhere. Did you know that Al Bait means home in Arabic? You will certainly feel that way while spending your time forgetting all of your troubles.

This hotel is a 60-story skyscraper that sits towering over the Huangpu River, with 515 guest rooms that all have floor-to-ceiling windows, with unwavering views of the city. There are four restaurants, with one that is a French-Cantonese with a marble bar overlooking the river, and from what I hear, the seafood hot pot is the it dish. This hotel was built by the same architectural minds as the Dubai’s Burj Khalifa (the world’s tallest building) so you know that you will have nothing but the best while spending your holiday here. The atrium plays with light and color, which is carried throughout the whole hotel, as well as the understated luxury that a Marriot Marquis hotel brings; this is the first ever JW Marriott in China.

Did you know, in Hindu mythology, when a river loops and flows back toward its origin, the land around it is considered blessed. Keep that in mind when visiting this hotel because it is absolutely magical. The Raj Rishikesh is flanked by the dramatic Rajaji Forest in the Himalayan foothills, with a serene wood-and-slate structures, which has 79 rooms that also has a private sandy beach on the Ganges. There is a spa halfway down the hill that encompasses wellness with Indian authenticity. You have spectacular views from nearly everywhere in the resort, with an outdoor yoga studio, to the terrace of the restaurant that serves regional food. 25 miles upriver from here, is the holy but chaotic city of Rishikesh, where the Beatles sought wisdom in 1968.

Far outside of the urban center of Kyoto, the Aman Kyoto sits in a valley surrounded by forested foothills and suburbs. All around this hotel, there are winding mountain roads edges with temples and serene cedar groves. The Aman was built on the Asimono estate, where a wealthy obi collector once had envisioned a textile museum. That did not come to fruition, instead what was left was a garden of boulders and flagstone which became covered in moss to give the illusion of ruins. The guest rooms are all minimalist and largely made of cedar, set along the mountain stream, with ofuro tubs in a bathroom made of aromatic cypress, which overlook the trees glittering with fireflies. This hotel is luxury with a window into Kyoto’s past, where the surrounding hotel garden is landscaped with stone walls and pathways; a dimly light nighttime has you feeling the forest aura.

This resort sits in a remote valley in northern Taiwan with hot springs that feed this 49-room property and at every turn you are reminded of the calm of the flowing water. There are small canals that run through a garden of towering firs and white pines. An outdoor pool makes you feel like you’re swimming in a forest. Not only is there this pool, each suite has a screened terrace with a soaking tub which keeps toasty at 106 degrees. If you weren’t already feeling at one with all of the surrounding nature, the spa has heated pools that zigzag through heliconia, lilies, and maples which open at 5 a.m. and just in time to watch the sunrise. The spa serves a local delicacy which is shaved ice topped with a sweet powder made from pine needles with is perfect after your steamy soak. Once you are feeling refreshed, the restaurant will serve you traditional Japanese cuisine with a Taiwanese perspective which will keep you satisfied. Hoshinoya Guguan is luxury draped in nature which will have your soul feeling refreshed.

This hotel is a new to a popular Vietnamese mountain town, which was built by designer Bill Bensley. He collected antiques from Parisian flea markets for years before the opening and once inside you will be immersed in a palatial resort inspired by the 1920s French haute-couture and textile traditions of norther Vietnamese hill tribes. While staying here, you will be set into a museum with vintage spools serving as the backdrop of the concierge station, sewing patterns and lampshades that resemble the hill tribes headwear and jewelry. There are 249 rooms that are a decadent luxury with a jewel-tone walls, claw-foot tubs, and spectacular views of the mountain (you can take the cable car that is connected to the hotel all the way to the mountaintop). Hotel de la Coupole has a vast indoor heated pool, complete with green marble columns, towering bronze divers, and 20s-era mural, which is perfect for ending a long day of exploration. The food, which is just as decadent, celebrates Sapa and French cuisine, in just the perfect way.

Aren’t they all just amazing?!

Where will you go first?

P.S. Don’t forget to check out my last post, Slow Travel, for a bit of train holiday musts!

4 replies on “The Best in the World: 9 New Luxury Hotels”

This site uses Akismet to reduce spam. Learn how your comment data is processed. 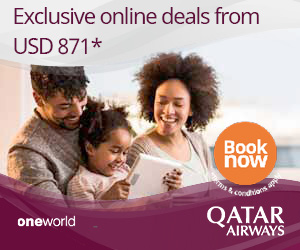